I have been in the music industry for many years now and I absolutely love it as much now as I did the first day I discovered it. I love discovering artists, signing and developing them and finally putting a fully mastered record out for the public to consume. Nothing gives me more satisfaction.

However, over the years, the music industry has changed beyond recognition. Amongst the massive decline of cd sales and other substantial changes in the music industry, record labels now almost completely shun unsolicited material sent to them. Gone are the days of finding the name of an A&R and sending them your material or just sending demos blindly to the A&R department of a record label. This is the biggest gamble you will take with your career.

So how are you now meant to get heard or noticed? How do I live doing what I love and making it pay?

This video will inspire you and change your approach to the business. Watch “Independence” by Buskberry Grove.

Your dreams should never fade. As a matter of fact, you should be even more excited than even before. You are now in an even better position to get into the business. You can start living off music and doing what you love. This is a new era. More musicians have decided to take the bull by the horns. No deals with record labels, but they are making a living off music and doing exactly what they are passionate about. The stage is lit, get out there and play. 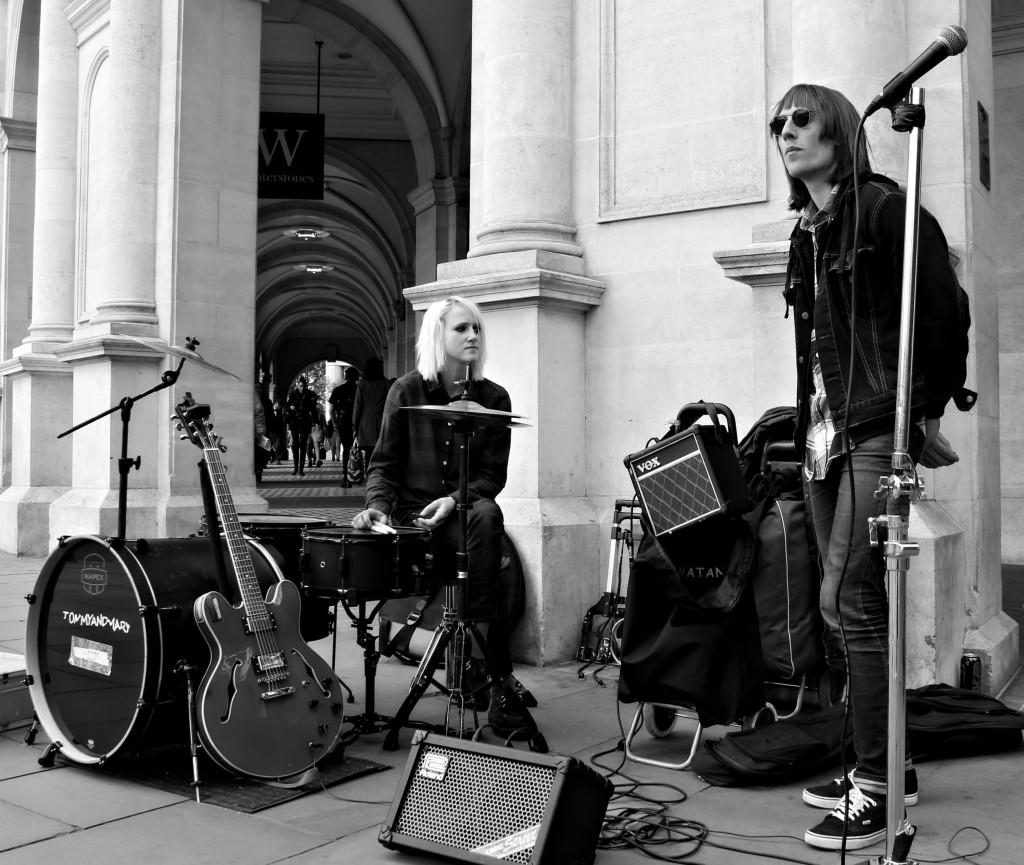 It must be the finely tuned drum kit, the sensational guitar work and the amazing vocals. Could it be their retro style and their full understanding of rock that does it? I am pretty sure it’s the great entertainment value.

Buskberry Grove will like to introduce you to Tommy and Mary.

I came across Tommy and Mary for the first time – playing right outside M&S on Bond Street. I had to hop of the bus I was travelling on to witness firsthand, the roaring guitar played by Tommy and the incredible bass from the kick drum played by Mary.

Tommy and Mary’s retro style is totally cool and genuine. They seem really comfortable being who they are. Their performing style is so natural, engaging and interactive. Never a dull moment but more and more opportunities for you to rock out and go crazy. With songs like Authority, Don’t Need a Crap Job and My Manager is a Prick, Tommy and Mary surely have the ammunition the fire up the music industry.

I believe in the duo and I have asked them to join the Buskberry Grove line up performing at the Alexandra Palace Summer Festival on Saturday 23rd July, 2016. This is a group to watch. If you haven’t seen them yet, you won’t missed the at the summer festival. You can also see Tommy and Mary at the Water Rats in Kings Cross on the 22nd of June, 2016. Tommy and Mary will also feature in our new film on street music coming out in the near future.